Timothy White (born and raised in Gainesville, Florida), commonly addressed by his stage name "Mr. Tee Whitey," is well known throughout the state of Florida for his customized sound and his lyrical delivery. He possesses national and international appeal because he is more than what meets the eye, (don't let his "thugged-out" exterior- fool you!), with self-produced "signature" songs like, "B.A.N.D.A.I.D.Z"- a song encompassing his will do whatever, whenever to make it & "Scene"- a song more unapologetically says "My life is more than what you see, everything happens behind the scenes". Tee Whitey has magnified to the umpteenth power as the owner and operator of CBCBA Music Group, with several upcoming artists and hip-hop cyphers. In the fall of 2020 Tee Whitey opened a music school that assists with artist development and knowledge of the music industry, along with a top-of-the-line music Studio "Six 0 Clock Studios one of the most advanced studio to hit Gainesville Fl. Tee Whitey is bringing his latest single entitled "Across Da Boarder" to the African market with a little help from fellow Florida (USA) based hip-hop artist Theolodge. The single is a feel-good track that talks about what it's like to be able to travel and be internationally known. Tee Whitey, as well as Theolodge, have both done several performances in countries such as Denmark, France, The UK, Holland, Luxembourg, India, and Sweden to name a few. Being American-born makes the opportunity to share his gift of music means a whole lot to Tee Whitey. Tee Whitey is the definition of a Millennial Man, as he embraces every opportunity that will expand his business enterprises in the most lucrative manners. Remember the name "TEE WHITEY" CEO, entrepreneur, rapper, songwriter, and producer. It's nothing TEE WHITEY cannot do and don't forget! Take a listen to the single “Across Da “Boarder” Feat. Theolodge!!!!

Tee Whitey's music is music that has an upbeat urban feel with a pop appeal. 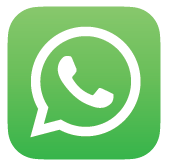